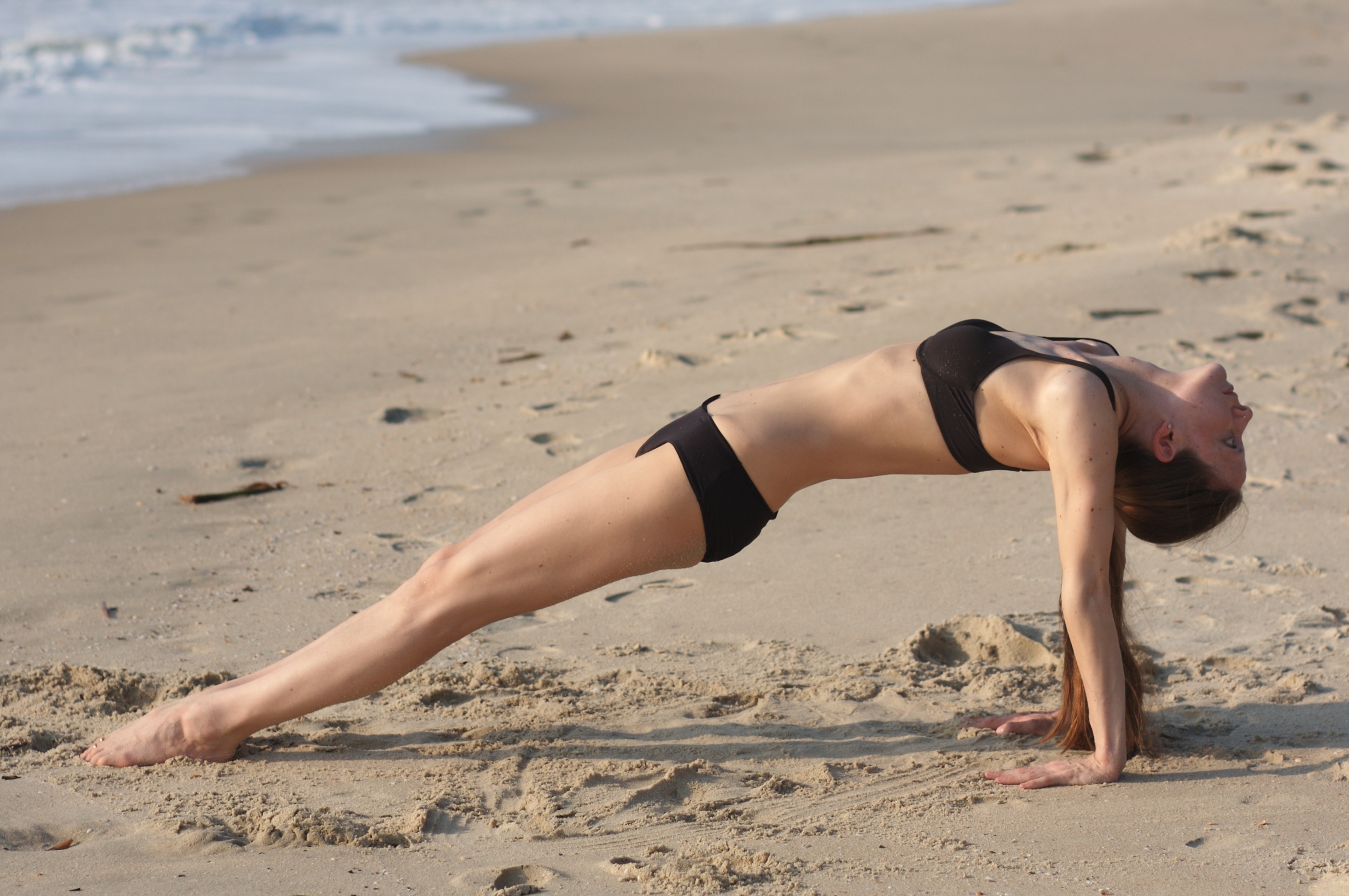 Purvottanasana by Caroline Klebl. Purvottanasana is a combination of three Sanskrit words; purva, uttana and asana. Purva means east. Uttana is stretch and asana means yoga pose. Purvottansana is translated as stretching of the east. Since the sun salutations are meant to be practicing facing the rising sun to the east, the front side of the body is considered to be the east side of the body.

Purvottanasana is a wonderful posture, which strengthens the back and legs and stretches the shoulders. From a seated position, place the palms of the hands behind the hips, with the fingertips pointing forward. Inhaling lift the hips, by pressing the heels into the floor with straight legs. Raise the hips up high and point the toes, until the soles of the feet touch the floor. Raise the chin and lower the head back and down. Look up into the forehead. Breathe deeply for five to ten breaths. Then lower the hips back down, raising the head last.