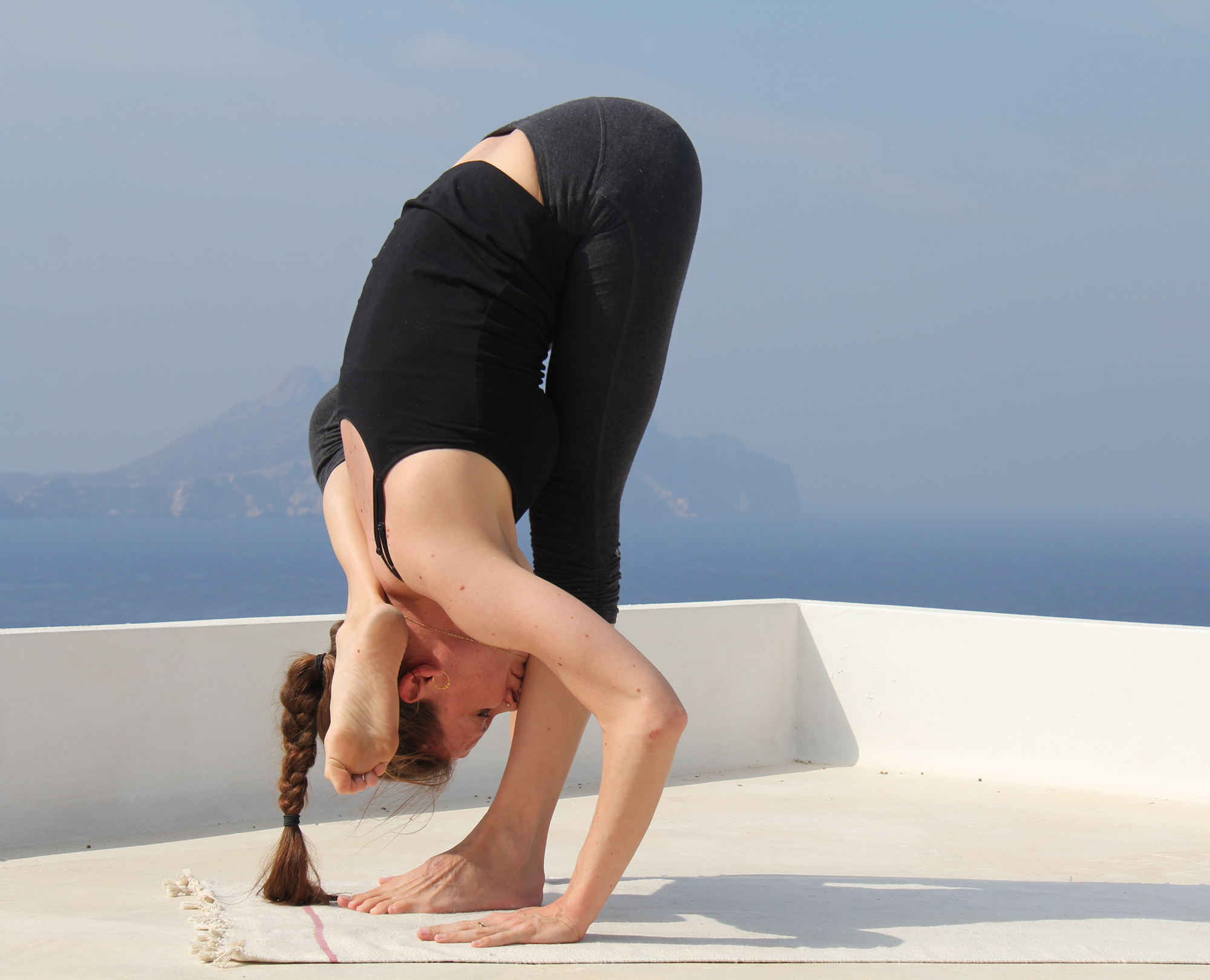 Skandasana is dedicated to the deity Skanda. Skanda is the son of Shiva and Parvati. He is the God of war and victory. Skandasana is practiced in the third series of ashtanga yoga. The leg behind the head postures of the first and second series as well as the previous postures of the third series prepare the body for Skandasana. There are numerous leg behind the head postures, which are an important aspect of yoga posture practice. The first series contains Supta Kurmasana, the sleeping tortoise pose. The second series includes Eka Pada Sirshasana, Dwi Pada Sirshasana, Yoga Nidra as well as Tittibhasana C. Additional leg behind the head postures, Kashyapasana, Chakorasana and Bhairavasana are practiced prior to Skandansa in the third series.
In ashtanga yoga the postures of the primary and intermediate series prepare the body for the postures of the advanced series.
Skandasana is entered from adho mukha shvanasana, downward facing dog posture, by hoping forward through the arms. Then reach the right foot behind the head, bend the left leg and place the left foot on the floor in front of the hips. Straighten the left leg and fold forward into Skandasana. Place the chin on the shin and look to the nose. Breathe deeply for five to ten breaths. Bend the left leg, place the hips on the floor. Release the right foot from behind the head. Exhale hop back into chaturanga dandasana, the four limbed staff posture. Inhale urdhva mukha shvanasana exhale adho mukha shvanasana. Then practice Skandasana on the left side. Enjoy this wonderful posture!